Pumpkins & the Origin of Jack O’Lanterns

Pumpkins & the Origin of Jack O’Lanterns 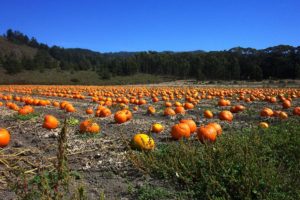 California is one of the top five producers of pumpkins in the US. Nearly all California pumpkins are produced for the fresh market, sold directly to stores or right off the farm.

Fresh market pumpkins are grown for the Halloween harvest and fall season. The most popular varieties are planted in June or July so they are ready for families and kiddos to enjoy their seasonal glory.

Not only are pumpkins perfect for the Halloween holiday with their celebratory colors and jack o’lantern potential, but they are packed full of health benefits. Pumpkin is a highly nutrient-dense food. It is rich in vitamins and minerals but low in calories. Pumpkin seeds, leaves, and juices all pack a powerful nutritional punch. 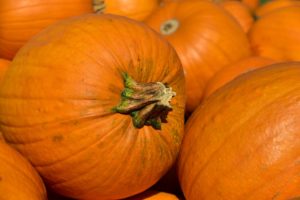 Pumpkins have antioxidants, such as beta carotene, in them, as well as potassium which helps regulate blood pressure.

Preparing fresh pumpkin at home will deliver the most benefits for your health, but canned pumpkin is also a great choice. Pumpkin retains many of its health benefits in the canning process.

In other words, you should eat more pumpkin… start by making your own pumpkin spice mix. Get the recipe and two ways to use it!

So, where did the whole Jack O’Lantern thing come from? 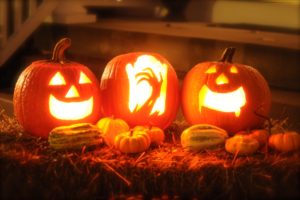 Every October, pumpkins carved with ghoulish faces and illuminated by candles are a sure sign of the Halloween season. The practice of decorating jack o’lanterns originated in Ireland, where they used large turnips, potatoes, or beets. Irish immigrants brought the tradition to America, home of the pumpkin, and it became an integral part of Halloween festivities.

As the Irish legend goes, a guy nicknamed Stingy Jack made a couple bad deals with the devil. When his life finally came to an end he was not welcomed into heaven or hell. His spirit was bound to earth forever, with only a burning coal to guide his way. He put the coal into a turnip to carry it and has been roaming the earth ever since.

The Irish began to refer to this ghostly figure as “Jack of the Lantern,” and then, simply “Jack O’Lantern.” In Ireland and Scotland, people began to make their own versions of Jack’s lanterns by carving scary faces into turnips or potatoes and placing them into windows or near doors to frighten away Stingy Jack and other wandering evil spirits.

Since pumpkins are native to North America, they are the chosen fruit to ward off evil on All Hallows’ Eve!… Boo!