Is California really a red-state?

A red-tomato state that is! If you enjoyed a red, ripe, richly-flavored farm-fresh tomato last summer, you can probably give a big 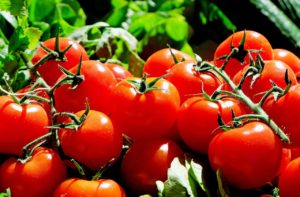 thanks to farmer Ken Oneto.  Last year, he grew nearly 4 million red ripe  tomatoes on 135 acres outside of Elk Grove.  To enjoy his products this year, you’ll have to head to New York or Chicago and enjoy a pizza.  He’s growing processing tomatoes that will all wind up as pizza sauce, ketchup, or other finished products on the East Coast.

Ken’s family has been farming in California’s Central Valley since his grandfather immigrated from Italy in 1921.  A founding director of the Sacramento Valley Ag Land Conservancy (SVALC – which merged with other organizations to become CFT), Ken strongly believes farmland conservation should be handled by farmers.  His belief is so strong that when funds became available for farmland conservation in Sacramento County in 2001, Ken dug in and firmly planted himself in the farmland conservation world.  Eighteen years later, he’s still serving on our Board of Directors.

Ken is not the only farmer in California growing those red, ripe, delicious tomatoes. In fact, California produces 90 percent of the nation’s processed tomatoes and we are second only to Florida in production of fresh tomatoes. In total, California farmers grow tomatoes on about 230,000 acres (that’s about the size of the City of Indianapolis). 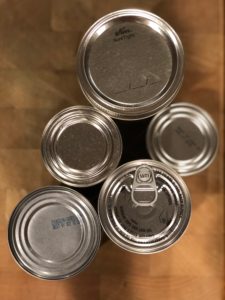 Pizza sauce to the rescue… a little more ketchup please!

Consuming tomatoes, tomato sauce and even pizza twice a week is associated with a slightly reduced risk of prostate cancer. You may need to read that sentence twice! Other research has shown benefits against cervical, stomach, and other cancers.

The Lycopene in cooked and processed tomatoes (sauce, paste, salsa, canned tomatoes) is more easily absorbed than in raw tomatoes. Can you say chips and salsa, pizza, and dipping everything in ketchup?

What about starting your day with a can of tomato juice? One, four-ounce tomato juice supplies about one-third of the daily RDA for 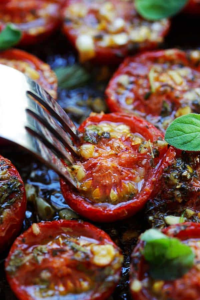 vitamin C, plus a little beta carotene, potassium, folic acid and other B vitamins, iron, and fiber.

Cook up some of Ken’s red ripe tomatoes and enjoy the taste and the health you now know you are giving yourself – try these: Italian Roasted Roma Tomatoes or an old classic from us: Busy Mom’s Bruchetta