CA Growin’: A Cherry on Top!

A Cherry on Top!

Put it right on top of Spring! With cherry season right around the corner, it’s time to talk to Jon Brandstad!  Jon and his 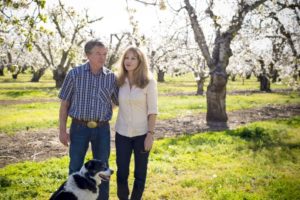 For Jon, protecting his family’s property was an easy decision.  The original land was purchased by his great-grandfather over 150 years ago.  His grandfather added to the farm around the end of the Great Depression, with funds he had fortuitously entrusted to a bank that survived.  And in the 1970s, Jon, his brother Richard, and their father added more acreage.  After all that work to build up the farm, Jon doesn’t “want to see it chopped up.”  He says his family “worked hard to keep it like it is and we want to see it stay that way.”

Jon’s least favorite thing about farming in California?  All the regulations.  Here in California, “you’re growing to a higher standard than the other 49 states and the rest of the world.”  Paperwork that used to take Jon an afternoon a month now takes three people and two days every week to complete.

Jon’s favorite thing about farming in California?  “We can grow anything.  I love our climate.”  We couldn’t agree more Jon.  That’s why we do what we do!

Keep an eye out for the next issue of California Bountiful, due out in early May, which will feature a full article on the Brandstads and their cherries! 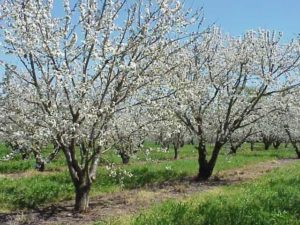 California is the second largest cherry producing state in the U.S. behind Washington. California cherries are the first of the season, making them eagerly anticipated around the world. The short California cherry season begins in mid-April and typically lasts into early June.

Pollination is essential for production.  Because cherry trees are not self-pollinating, two varieties of cherries must be planted in each orchard at a ratio of 9 to 1. Honey bees are the main pollinator. Big cheer for the bees!

California’s major fresh-market cherry variety is the Bing. It is described as sweet, acidic with excellent flavor, juicy, firm, and crunchy. Bing cherries mature mid-season and are available from California for the majority of May and into early June.

Cherries are chock-full of good-for-you vitamins and minerals, making them a brilliant addition to a healthy diet. Wanna get 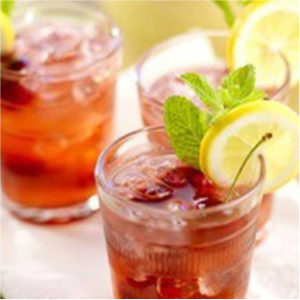 good sleep, some anti-inflammatory goin’ on, or your antioxidants up? Then cherries should be your choice – frozen or fresh! Cherries have melatonin known for aiding in healthy sleep patterns, plus arthritis and gout get an anti-inflammatory kick when you consume cherries. Do you or your kids need a better sugar fix… choose cherries! Their sugars release slowly and more evenly – all while super sweet – leaving you feeling fuller longer with its low Glycemic index of 22.

An easy way to enjoy more cherries, especially as the wonderful spring weather is upon us, is to make yourself a cup of cherry lemonade. We love this recipe using Brooks or Bing cherries … it’s mid-April, cherries are coming so get ready!